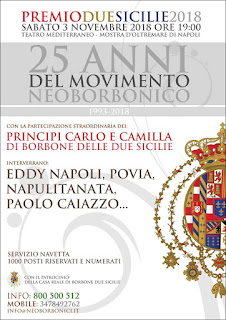 Il Regno wishes our Neoborbone brethren all the best at the upcoming celebration for the 25th Anniversary of the founding of the Movimento Neoborbonico. Convening Saturday, November 3rd at the Teatro Mediterraneo della Mostra d'Oltremare di Napoli, a veritable who’s who of Due Siciliani activism, including very special guests TRH Prince Carlo and Princess Camilla di Borbone delle Due Sicilie, will discuss the Movement’s storied past and where its headed.
Though many of us in the diaspora community are unable to celebrate in person with you, know we are always with you in spirit and will continue the good fight here in the States. Forza e onore and Viva o’ Rre!

Thanks Ernie from E. Rossi & Company (193 Grand St.) in Little Italy, New York for the Tarocco Siciliano cards by Modiano. It's a much-appreciated gift that brings back a lot of memories of my younger “Bohemian" years, to put it nicely, when friends gathered in smoke-filled rooms to talk shop and play cards.
Though never a skilled player, I’ve always found the artwork on playing cards fascinating, especially the macabre imagery of tarot cards. Having dated a couple of streghe back in the day, I’ve seen my share of less generic decks, including a beautiful handprinted one from Benevento.
Popularly used to seek hidden knowledge by practitioners of divination, it is little known that tarot is actually a traditional card game like scopa and briscola, and has no connection to the arcane arts. I never actually played the game, but now with my new deck I look forward to learning how and introducing it to my family on game night. Happy Halloween!

By Giovanni di Napoli
Sunday morning, I joined my Cracotan friends at the Shrine Church of the Most Precious Blood (113 Baxter St.) in Little Italy, New York for the 117th Annual Feast of San Vincenzo, Martire di Craco. Msgr. Nicholas Grieco, himself a descendant of immigrants from Craco Vecchio in Basilicata, was the celebrant and he was dutifully assisted by Cantor Susan Mello. Members of the Sacred Military Constantinian Order of St. George were in attendance.
Thank you Fred Spero, Stephen La Rocca and all the members of the Craco Society for your hard work and dedication. As always, it was a tremendous pleasure to celebrate our faith and culture together. Viva San Vincenzo!
Addendum 1: The Feast of Sant’Angelo d’Acri
After Mass, I had the privilege of helping carry the statue of SantAngelo d’Acri from his niche in the rear of the church to the bye alter for the upcoming Mass in the Saint’s honor. Though I was unable to stay for the Mass, it was a great pleasure to be able to contribute something in my own small way to the celebration. Viva SantAngelo d’Acri!
Addendum 2: Watching Napoli at Ribalta
Instead of partaking in the Craco Society’s festive luncheon at Il Cortile Restaurant (125 Mulberry St.) in Little Italy, a few of us decided to break bread at Ribalta (48 E 12th St.)—the official headquarters of Club Napoli NYC—and watch SSC Napoli’s highly anticipated match against AS Roma in the always contentious Derby del Sole (Derby of the Sun) at the Stadio San Paolo in Naples.
Packed to the rafters with raucous Napoli fans, we ate, drank and sang our fill, ever willing on our beloved Partenopei against La Lupa. Though the game ended in a disappointing 1-1 tie, we still had a terrific time. Forza Napoli Sempre!

Members of the SMOCSG Celebrate the Feast of San Vincenzo, Martire di Craco, and the Anniversary of the Battle of the Milvian Bridge in Little Italy, New York

Warmly welcomed by the Craco Society, members of the Sacred Military Constantinian Order of St. George served as honor guard Sunday morning at the 117th Annual Feast of San Vincenzo, Martire di Craco, at the Shrine Church of the Most Precious Blood (113 Baxter St.) in Little Italy, New York. Mass was celebrated by Msgr. Nicholas Grieco, who spoke at length about the martyrdom of San Vincenzo, San Maurizio and the Theban Legion. In deference to the Order, Monsignor also said a few words about the anniversary of the Battle of the Milvian Bridge (312 AD) and the conversion of Emperor Constantine the Great.

Heartfelt thanks to Fred Spero and all the members of the Craco Society for your warmth and hospitality. It was an honor and a privilege to be a part of your special day and celebrate our faith together. Viva San Vincenzo!

Originally posted in The Constantinian Chronicle

Photo of the Week: Bronze Head of Hypnos at Axel Munthe's Villa San Michele in Anacapri

This Day in History: The Battle of the Milvian Bridge

On October 28, 312 AD Emperor Constantine the Great defeated the usurper Maxentius at the Battle of the Milvian Bridge. The victory definitively ended the Roman Empire’s period of Tetrarchy (leadership of four people) established by Diocletion in 293 and set the stage for Constantine’s eventual ascension to sole rule of the empire.
According to tradition, after defeating Maxentius’ forces in northern Italy Constantine advanced south to the Tiber River outside of Rome. At the Milvian Bridge (Ponte Milvio) Constantine found his enemy mobilizing for battle instead of safely preparing for a siege behind Rome’s walls. Looking to the heavens, he invoked the help of Summus Deus, or the greatest god.

That night, Constantine dreamt of the Chi and the Rho (XP), the first two letters of Christ’s name in Greek, and heard a voice proclaim “In Hoc Signo Vinces,” which means “By this sign you will conquer.”
At dawn, the Emperor had a vision of the Cross rising from the light of the sun and ordered his legion’s to paint the Chi and the Rho on their shields. The symbol and the Cross were also affixed to the Emperor’s golden standard (labarum).
Arrayed before the bridge the two armies clashed. After much valor, struggle and bloodshed, Constantine eventually won the day and routed his enemy. Attempting to flee the field of battle, Maxentius was thrown from his horse and drowned in the Tiber. The corpse was fished from the river and put on show to allay any doubts about Constantine's decisive victory.
Entering Rome in triumph on October 29th, Constantine was acknowledged as the Western Emperor. He converted to Christianity and legalized the faith in 313, thus ending 300 years of Christian persecution by the Romans.
With Emperor Licinius’ victory over Emperor Maximinus II in the East (313) and Constantine’s subsequent victory over Licinius at the Battle of Chrysopolis on September 18, 324, he became the sole emperor of the Roman Empire.
Choosing the strategic city of Byzantium to be the Empire's new capital, on May 11, 330 he renamed it Constantinople after himself. 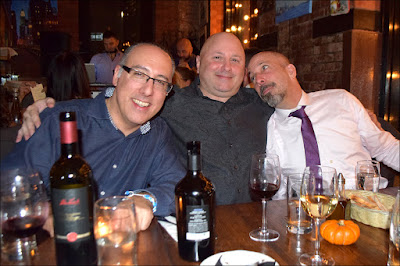 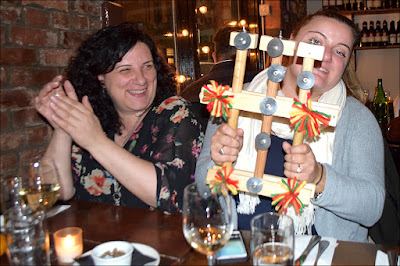 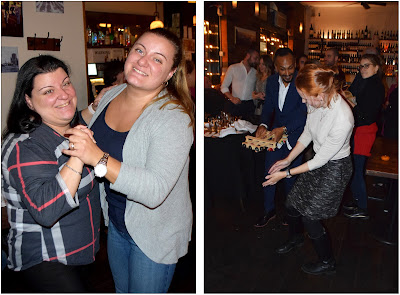 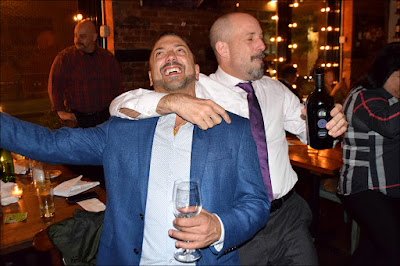 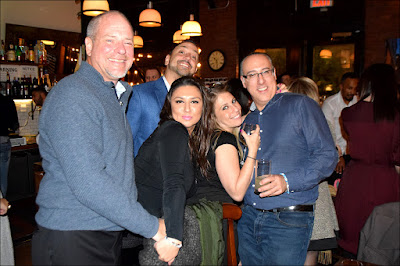 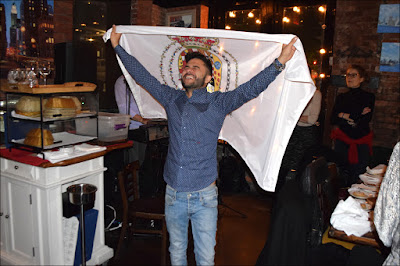 Photo of the Week: Castel Nuovo Triumphal Arch in Napoli