A Look at the 2013 Giglio di Sant'Antonio in the Bronx 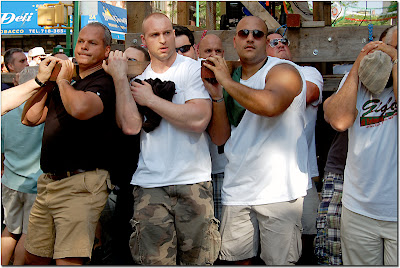 A Look at the 2013 Festa di San Calogero, Bensonhurst, Brooklyn 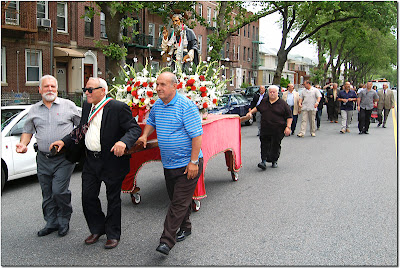 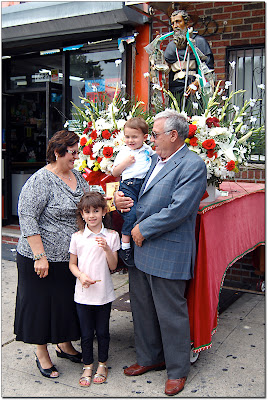 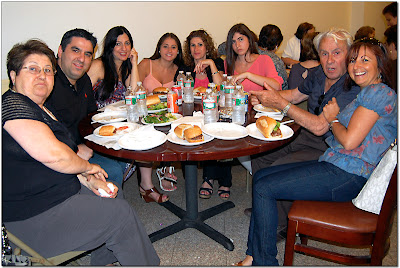 A Look at the 2013 Festa di San Vito, Bensonhurst, Brooklyn 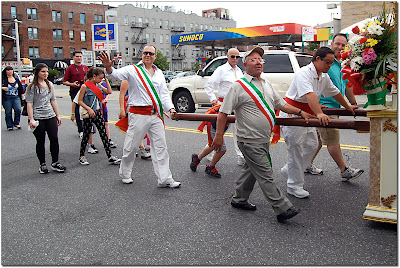 Mare Nostrum: The Arrival of Our Mediterranean Ancestors

“There is a single thread of attitude, a single direction of flow that joins our present time to its early burgeoning in Mediterranean civilization.” – Arthur Erickson

Concurrent with the disappearance of Neanderthals, or perhaps shortly afterwards, Europe (especially Southern Europe) became inundated with waves of peoples from the Near East and Northern Africa.  Early anthropologists and archaeologists termed these peoples collectively as “Cro-Magnons”, though nowadays the preferred term is Anatomically Modern Humans (AMH).  These peoples are considered the first true examples of Homo sapiens sapiens, a fact confirmed by DNA testing of their skeletons.

The time period these migrations occurred in is arbitrarily referred to as the Upper Paleolithic or Late Stone Age.  This is in reference to the types of tools fashioned by these peoples.  According to archaeologists, the Upper Paleolithic in Europe began about 50,000 years before the present time (BP) and lasted until the beginning of the Holocene epoch, about 12,000 years ago.  During this time Europe’s Cro-Magnons were supplanted by newer arrivals that brought with them increasingly sophisticated weapons including the bow and arrow.

In spite of the newer arrivals and their tool-making technologies, humans still pretty much survived as they had for millennia beforehand, by hunting and gathering.  Men usually (but not always) did the hunting while women usually (but again, not always) did the gathering of fruits and berries.  Human societies were organized at the small tribal level for the simple fact food-gathering techniques available at the time made larger societies impossible.

All that was to start changing around 11,500-12,000 years ago thanks to two milestones in human evolution.  The first was the beginning of the Holocene warming trend that marked the end of the last ice age.  The second was the invention of agriculture.

The first freed up large expanses of land, previously held under glaciers (or locked in permafrost), for human settlement.  The second allowed entire communities to switch from a lifestyle of hunting and gathering to one which supported increasingly larger and more complex populations.  Due to the time period wherein this transition began, and the drastic effect it had on the lives of the people affected, archaeologists today usually term it the “Neolithic Revolution” or sometimes as the “Neolithic Demographic Transition”.  The first area of the world where this Neolithic Revolution was known to have occurred was the Fertile Crescent in the Near East.

As already mentioned, societies grew thanks to the domestication and cultivation of plants and animals.  In time the first peoples who partook of agriculture fanned out from their ancestral homelands, settling in areas either previously uninhabited or else people with hunter-gatherer types.  The peoples already living there were either supplanted or in many cases the new arrivals absorbed them.  Since the peoples alive back then left no written records, we know little of how they actually lived their day to day lives.  The languages they spoke, the gods they worshipped, etc have been lost to the mists of history.  One thing we do have a good idea of, however, is what they looked like.  Short and slender of stature with long faces and skulls, dark of hair, eye and complexion, they were most certainly the progenitors of the peoples who today inhabit Southern Europe and whom we know as Mediterraneans.  European naturalists as far back as the beginning of the 20th century were even already terming them as such.

The first Mediterraneans entered Europe through the Anatolian Peninsula (modern Turkey).  They brought with them their agricultural practices (and their DNA).  Until recently the prevailing opinion among archaeologists and anthropologists was that prior to their adoption of agriculture, these inhabitants, who were still hunter-gatherers, lived a primitive existence.  Two discoveries made since the end of World War II, however, have challenged that notion.

The first was made in 1958 by English archaeologist James Mellaart at the stie of Çatalhöyük in southern Turkey.  Mellaart discovered the remains of a remarkable town that existed between 9,500-7,700 BP and was home to a population that varied in size between 5,000-8,000 inhabitants.  The buildings were made of mud-brick and contained a number of murals and figurines that showed an established system of worship.  What it didn’t show was a socially stratified society.  No public buildings or palaces have been found to date.  The people of Çatalhöyük probably came together in one community for purposes of trade and protection.

The second discovery, dubbed Göbekli Tepe, was made in passing in 1964 by a joint team from Istanbul University and the University of Chicago, who mistook it for a Byzantine settlement.  It wasn’t until 30 years later that German archaeologists Klaus Schmidt realized it was in fact a very ancient structure.  Artifacts found at the location have been carbon-dated and found to be around 1,000-2,000 years OLDER than Çatalhöyük!  Schmidt believes the site was a type of religious sanctuary, a place to bury and venerate the dead.  However, he also points out that since less than 5% of the site has actually been excavated, it thus far raises more questions than it answers.  Nevertheless, the existence of Göbekli Tepe has set the archaeological world on its ear.  Archaeologist Prof. David Lewis-Williams of Witwatersrand University in South Africa has gone on record as saying “Göbekli Tepe is the most important archaeological site in the world.”

The Neolithic expansion of Mediterranean peoples into Southern Italy probably took place around the early part of the 8th millennium BCE.  As in Anatolia and the Peloponnesus, sweeping changes followed.  Peoples who previously lived in small, family-oriented settlements now lived in larger, fortified ones.  Domesticated plants and animals now supplied the chief food sources with hunting and gathering relegated to supplementary status.  The diffusion of these peoples across the continent of Europe occurred rather rapidly, in historical terms.  Archaeologists estimate the expansion of them from the Aegean to the British Isles took place over a period of 2,500 years from about 8500 BCE to 6000 BCE.

In addition to bringing agricultural practices with them the new arrivals also undertook the construction of a number of megalithic monuments throughout Europe and the Mediterranean basin.  The most spectacular of these are unquestionably the Megalithic Temples found on the island of Malta.   These majestic temples today have names such as Ħaġar Qim,  Mnajdra and the Skorba Temples.  What the peoples who built them called them is unknown as they left us no written records.  Their architects undoubtedly arrived on Malta from Sicily.  Their creators vanished from the pages of history as mysteriously as they arrived.  By the time the Phoenicians arrived on Malta in 750 B.C. the island was deserted.

In Italy the early Neolithic is distinguished by the arrival of a new style of pottery archaeologists term the Cardium Pottery Culture or simply the Impressed Culture.  The former is in reference to the use of the shell of the marine mollusk Cardium edulis to imprint the clay of the ceramics created.  The latter is used to denote the fact other sharp objects such as nails or combs were used to make impressions.
In the later Neolithic there arose in Southern Italy (centered in the region of Campania) a new culture archaeologists term the Gaudo Culture.  This culture apparently first came into being at the beginning of the 2nd millennium B.C.  The first artifacts associated with the Gaudo people were a series of rock-hewn tombs discovered by U.S. Army Corp of Engineers during the construction of an airfield about 3 km north of Paestum during World War II.

Gaudo tombs were carved from rock in an “oven-shaped” design, with one or two chambers in an oval-shaped design.  The tombs were accessed by a shaft shaped in a more or less circular design.  Evidence clearly shows these tombs were used repeatedly, probably for multiple generations of people from the same family.  The dead were buried in the fetal position.  They were interred with weapons, fine pottery, as well as stone tools.  The Gaudo culture is also the time when the first tools crafted from copper occur in the archaeological record.

Sadly, the Gaudo people are known to us chiefly through their tombs.  Almost all traces of their homes have vanished. Archaeologists admittedly know little of how these fascinating people lived.

The settlement of the lands in and around the Mediterranean basin (especially Southern Italy) by sedentary peoples during the Neolithic would mark the end of “feral humans” in Southern Europe.  The cultures these peoples produced in turn would pave the way for the arrival of later, Indo-European-speaking peoples who would bring with them the rudiments of civilization.

A Look at the 2013 Festa di San Cono, Williamsburg, Brooklyn 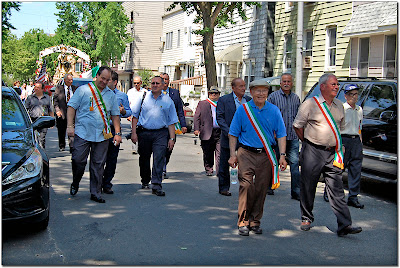