A Look at the 2015 Sons of San Paolino Children's Giglio Lift in Franklin Square, Long Island

Our friend Bobby Maida was kind enough to share with us his pictures of the 2015 Sons of San Paolino Children’s Gilio lift (Friday, June 26th). We love all of our feasts and cultural events, but there is always something extra special when they are focused on our youth. To see the enthusiasm of these kids while they actively participate in our traditions lifts my spirits and makes me very proud.
For more of Bobby’s wonderful pictures visit www.bobseventphotos.shutterfly.com 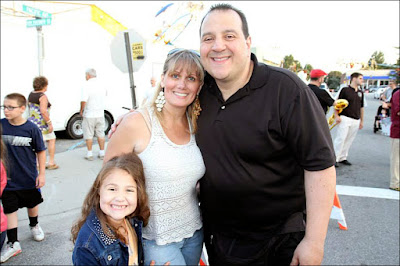 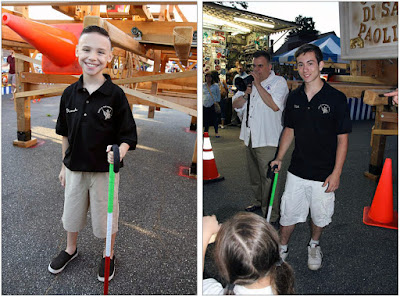 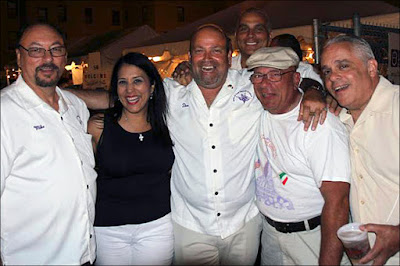 Photo of the Week: Detail of Bronze Door at the Abbey of Monte Cassino (2)

A Look at the 2015 Festa di San Pio da Pietrelcina in Bensonhurst, Brooklyn

By Giovanni di Napoli
Despite the threat of bad weather, hundreds of parishioners packed into Saint Dominic’s Church in Bensonhurst, Brooklyn Saturday (June 20th) to celebrate the Festa di San Pio da Pietrelcina. In fact, so many people showed up that the room divider needed to be opened and extra seats set up in the gymnasium to accommodate the overflow. Luckily, the kind ladies of the church choir invited me to sit with them, giving me the best seat in the house to enjoy the beautiful music of soprano Briana Weiner and organists Mary Carmosino.

After Mass we fêted Padre Pio with a procession through the neighborhood. Accompanied by Michael Aromando and the Metropolitan Festival Band, devotees sang a prayed for nearly two hours undeterred by the drizzle and mist. Before returning to church, we briefly stopped outside the Caduti Superga Mola Soccer Club on 20th Avenue for the benediction and a few more songs.
Back at St. Dominic’s, the statue was returned with great fanfare to its place of honor in the church vestibule. Before leaving, I purchased a few more prayer cards for my loved ones and lit a few candles for my ancestors.
I want to thank President Vito Liotine, Giovanni Verna, Lucrezia Nardulli Marangelli, and all the members of Caduti Superga for their hard work and dedication. It was an honor and a privilege to celebrate our faith and culture with you. Viva San Pio!

Celebrating Faith, Family and Culture: An Interview With Domenic Varuzza

Labels: Voices From Our Community

Photo of the Week: Marble fragment at the Abbey of Monte Cassino

A Look at the 2015 Festa di San Vito Martire in Bensonhurst, Brooklyn

Last Sunday (June 14th), my friends and I made our way to the Congrega San Vito di Ciminna clubhouse (7712 18th Ave.) in Bensonhurst, Brooklyn for the Festa di San Vito Martire. Blessed with beautiful weather, the procession wended its way through the neighborhood to Saint Dominic's Church. Before celebrating Mass in Italian with Father Martino, we listened to a short speech by young Maria Gambino about the life and martyrdom of San Vito.

After Mass, the celebration continued back at the clubhouse, where we enjoyed good company and a fantastic Barbecue. The evening concluded with caffè, dessert and an exciting raffle drawing.
I want to thank President Dom Quartara and all the members of the Congrega San Vito di Ciminna for their warmth and hospitality. As always, we had a terrific time and look forward to celebrating with you again next year. Viva San Vito! 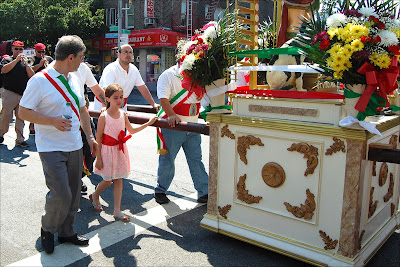 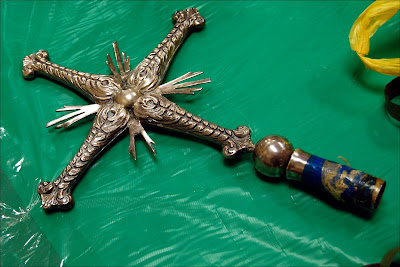