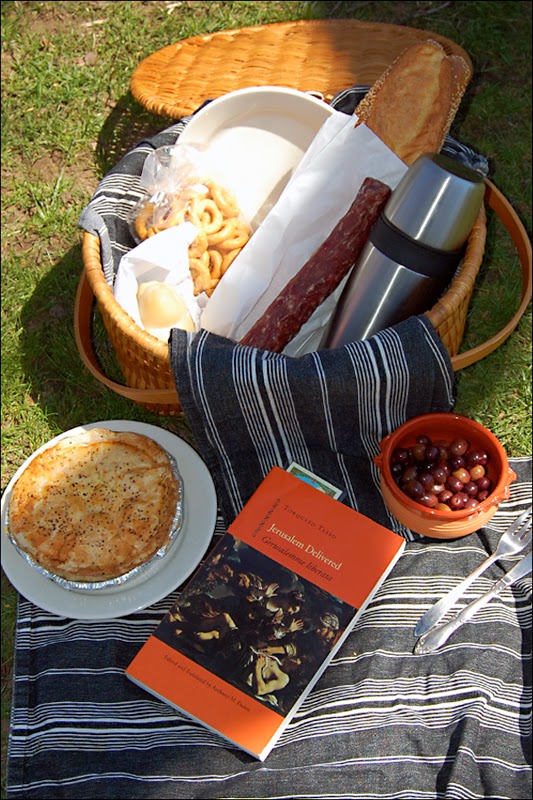 Having a rare Easter Monday off, I took advantage of the beautiful weather and decided to celebrate Pasquetta (Little Easter) the southern Italian way. After picking up a few necessities at the local bakery and salumeria, I packed my basket and visited a nearby park to soak up some sun, enjoy the outdoors and get some much needed rest and relaxation. Normally, this would be done with friends and family, but unfortunately, my loved-ones were not as lucky as me and had to work. So instead, I spent my day reading and reflecting in moments of quiet meditation. Buona Pasquetta!

Via Crucis – The Way of the Cross

Yesterday, members of several Italian American Catholic societies gathered outside Edward B. Shallow Junior High (6500 16th Ave.) in Bensonhurst, Brooklyn for the annual Good Friday Candlelight Procession. Despite the unseasonably cold weather, celebrants showed up in force to participate in this wonderful tradition. Led by the Most Reverend Raymond F. Chappetto, Auxiliary Bishop of the Diocese of Brooklyn, we made our way through the neighborhood praying and reciting in Italian the Way of the Cross. The nearly two-hour long procession concluded outside St. Dominic Church (2001 Bay Ridge Parkway) for the Benediction with the Relic of the True Cross. Following the closing ceremony, parishioners lined up to receive flowers, say a prayer and touch the statues of the Madonna Addolorata and Dead Christ. 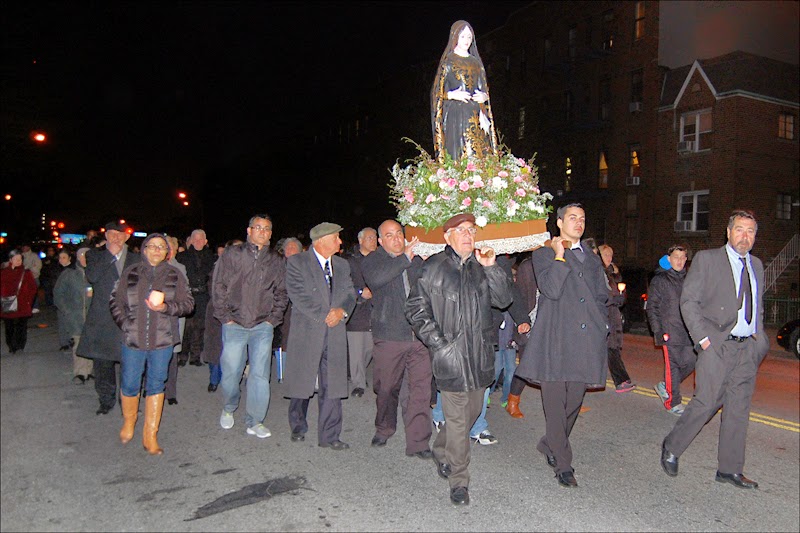 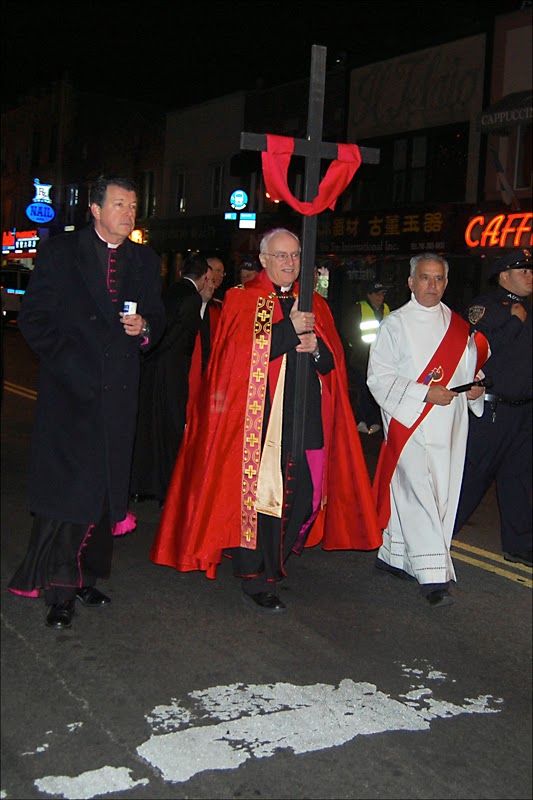 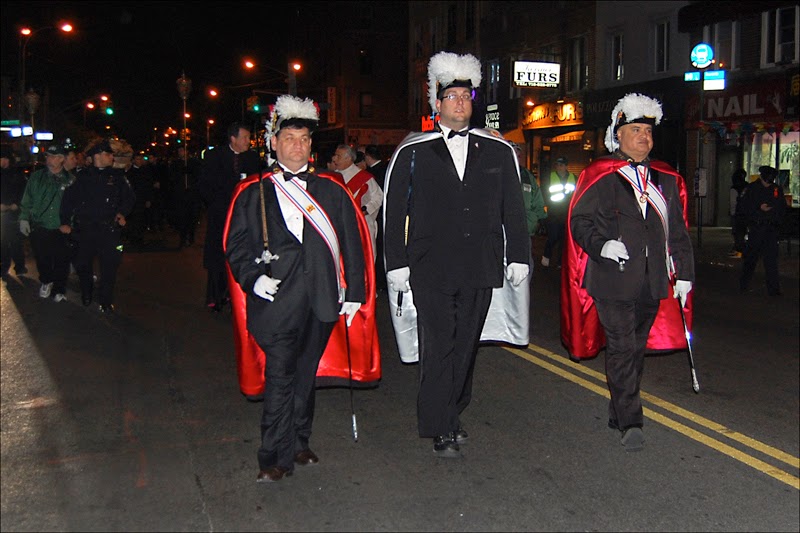 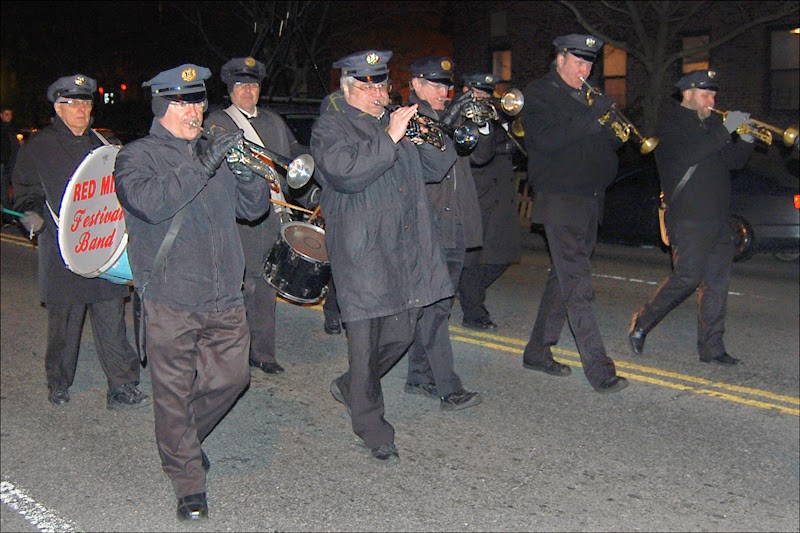 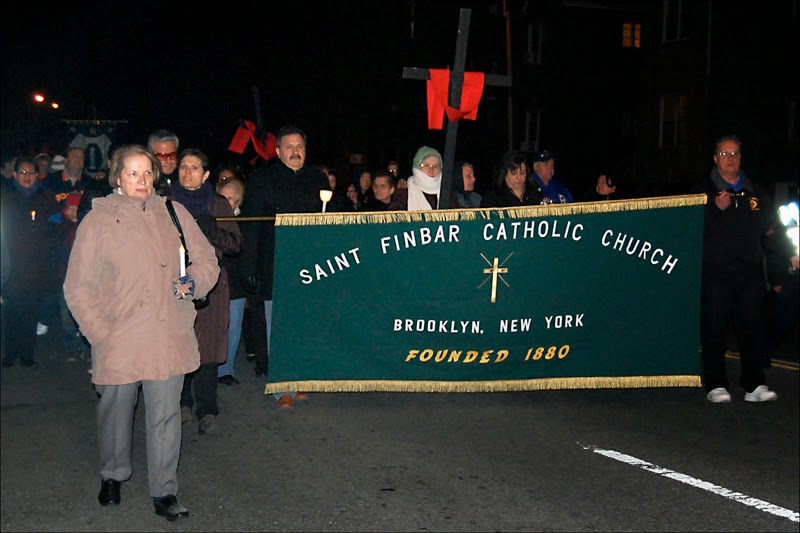 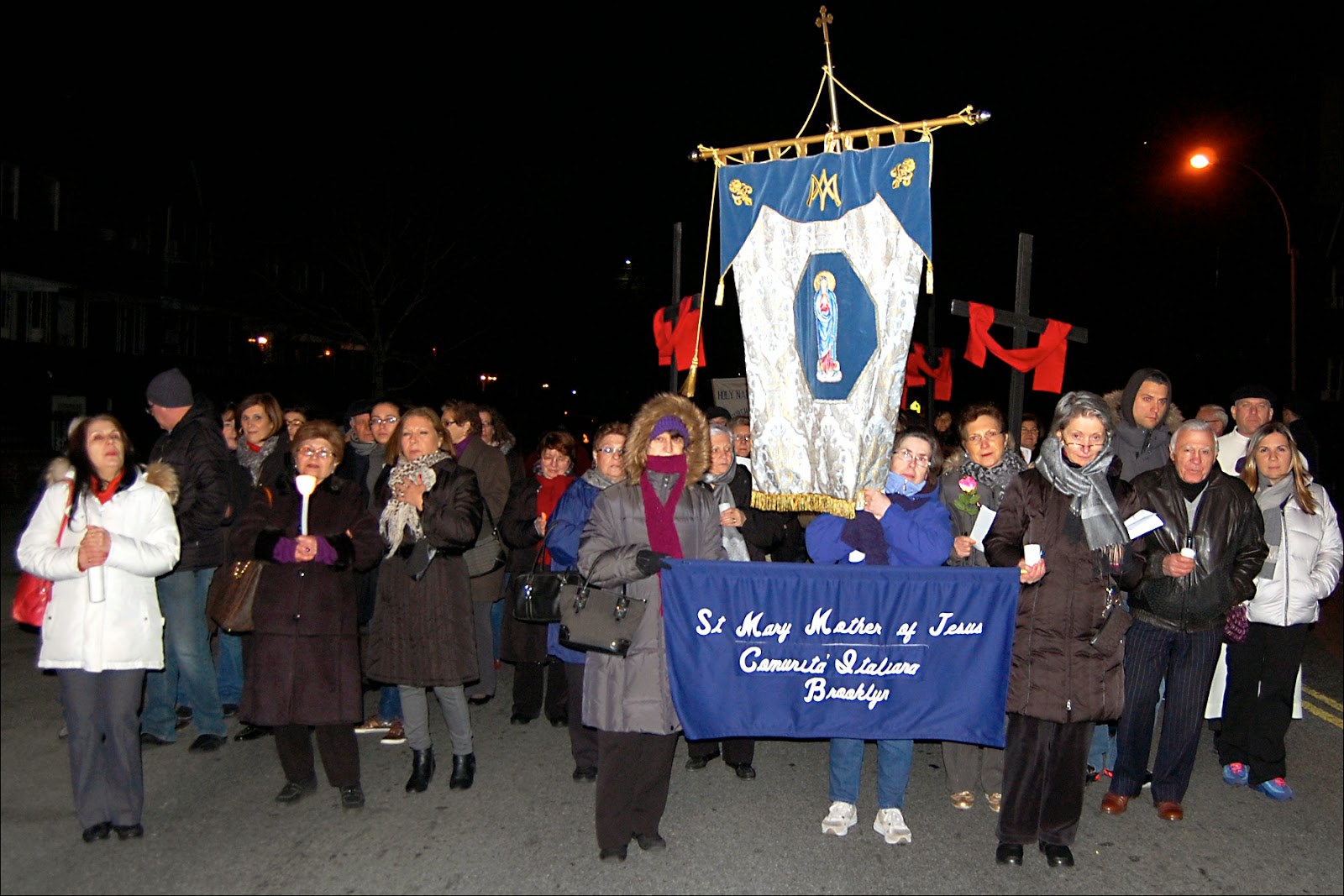 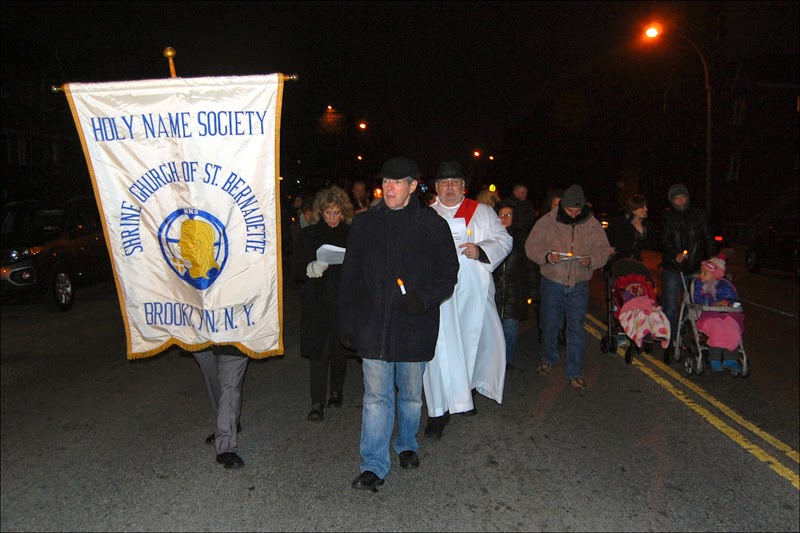 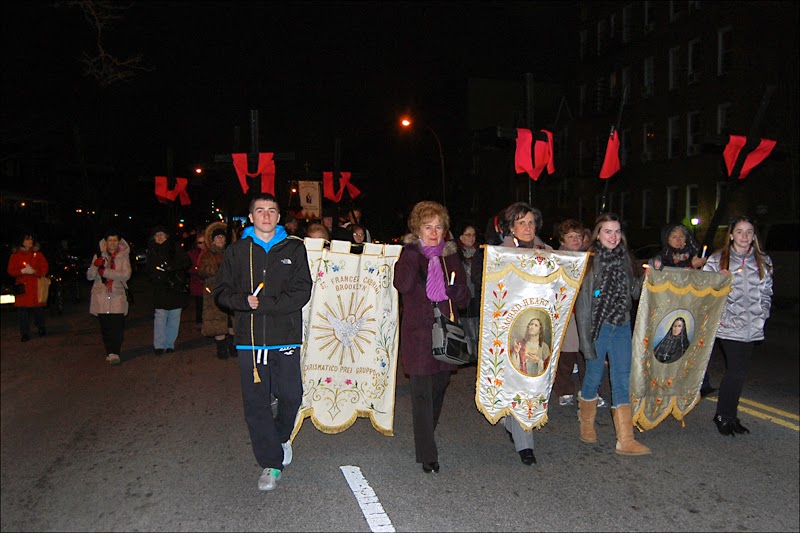 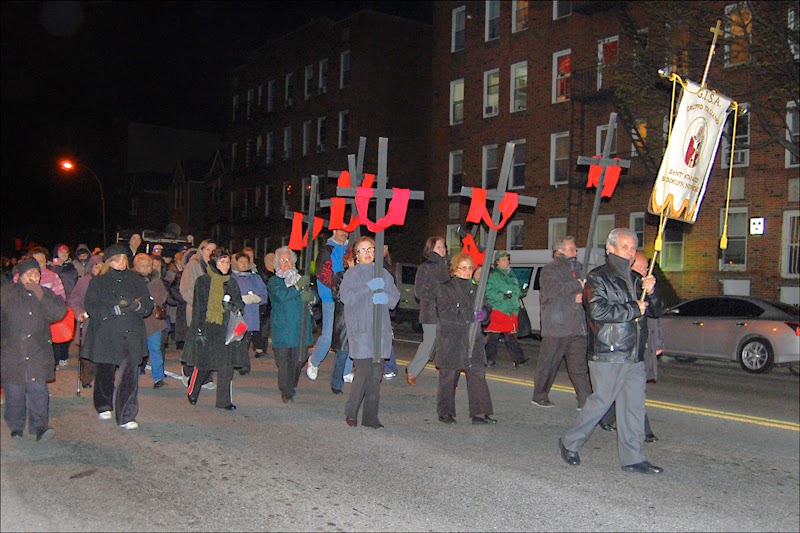 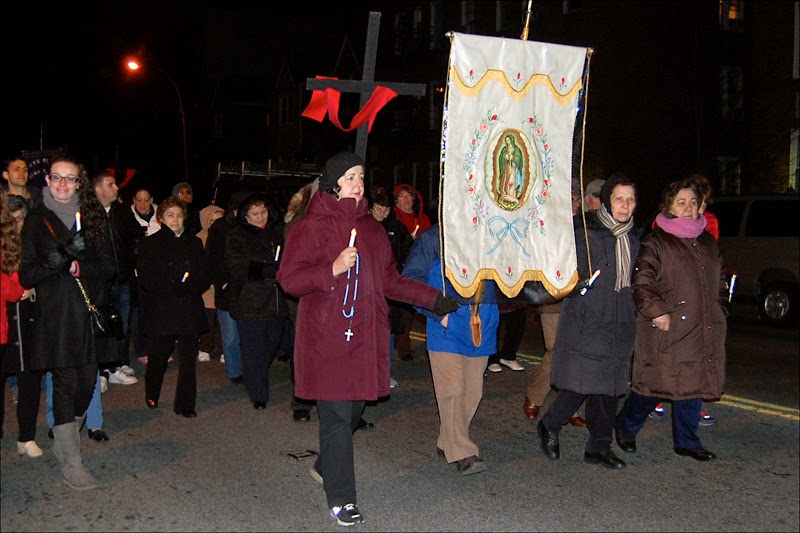 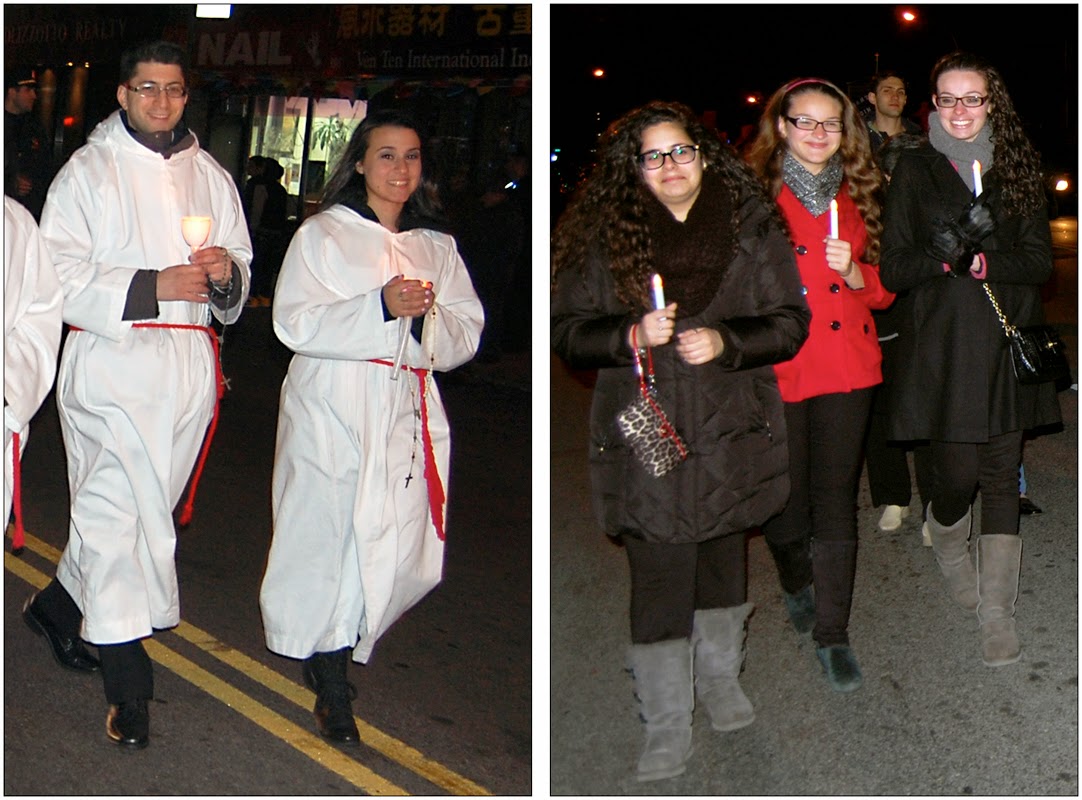 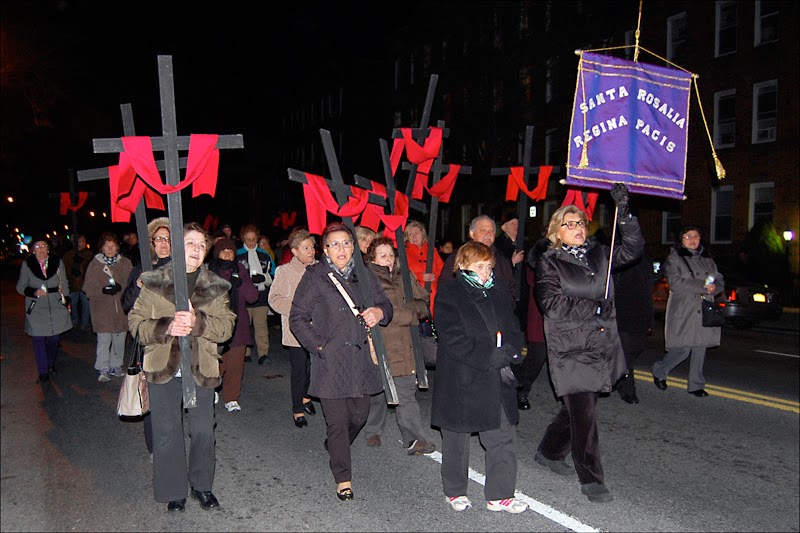 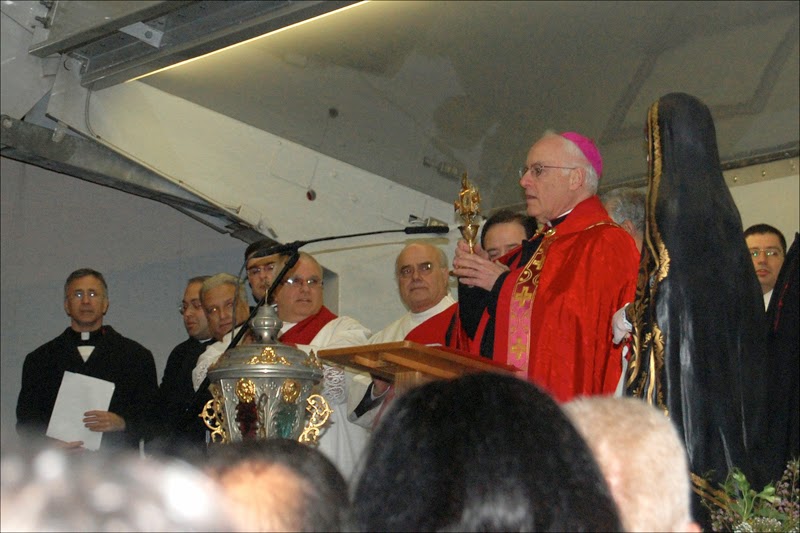 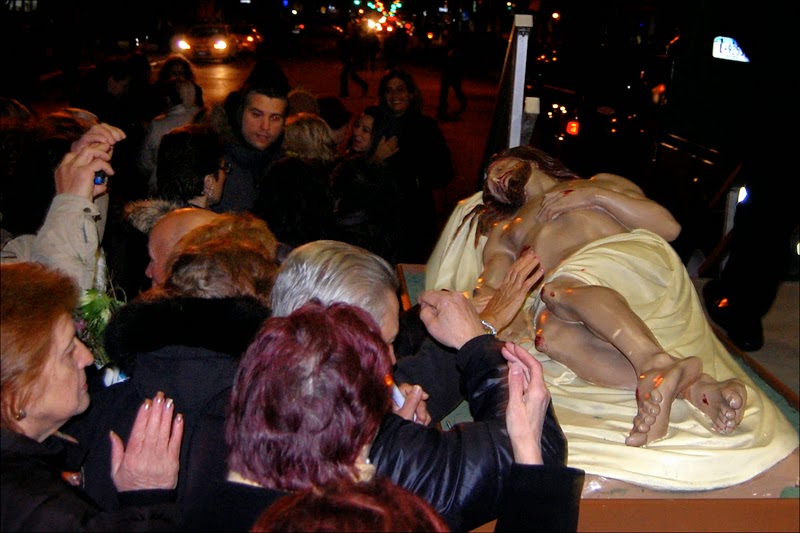 Dear readers, it should come as no surprise that with over three thousand years of history, Campania is a feast for the senses overflowing with artistic treasures and culinary delights. During my visits, I saw many of the magnificent attractions and delightful curiosities the region has to offer. I want to share a few modest photos of the main sites, as well as some of its lesser known gems, for those who share an interest in our ancestral homeland.

Inside Quartet at the Italian American Museum

By Giovanni di Napoli
Last Thursday I returned to the Italian American Museum for a special live performance by Neapolitan jazz sensation Simona De Rosa. It was special because the vocalist was reunited with her longtime bandmates Inside Quartet, who were in town to support her recent gala at LaFrak Concert Hall. This was one of just a handful of gigs the band lined up before returning to Naples, and I did not want to miss it.

Introduced to the enthusiastic audience by Museum President Dr. Joseph V. Scelsa, the Quartet flawlessly weaved in and out of their vast catalog of Neapolitan and jazz standards, showcasing their eclectic influences and musical prowess. They brilliantly executed songs from their self-titled CD, as well as many fan favorites, including a latin flavored interpretation of Torna a Surriento requested by Dr. Scelsa.
Without question, my favorite was their version of O’ surdato ‘nnammurato*, a famous Neapolitan song written in 1915 by Aniello Califano. During the performance, I couldn’t help but notice Simona’s eyes glisten in the spotlight as she evoked the enamored soldier’s yearning for his sweetheart. Simona is a gifted singer and her passion for her hometown shines through her music.
The concert was a huge success and another example of the many ways the Italian American Museum helps promote Italian and Italian American culture.
[* Fun Fact: O’ surdato ‘nnammurato has become the team anthem for S.S.C. Napoli and can be heard echoing in stadiums each and every game day.]

Some forthcoming titles that may be of interest to our readers. All are available for preorder at Amazon.com 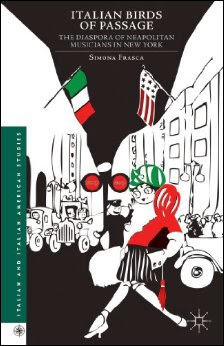 • Italian Birds of Passage: The Diaspora of Neapolitan Musicians in New York by Simona Frasca

• Eye to Eye by Maria Terrone