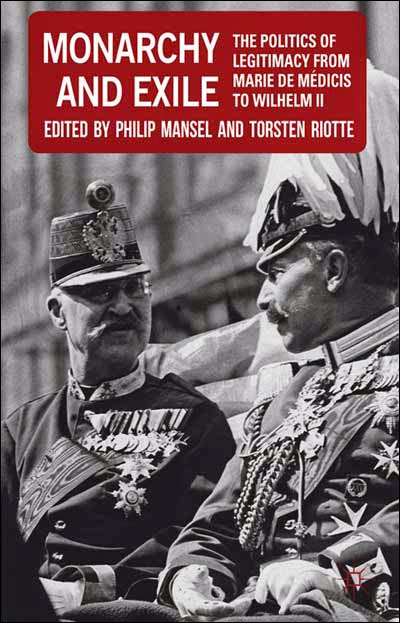 “Garibaldi consecrated his triumph by a plebiscite on 21 October 1860 but this failed to confer legitimacy upon the new regime in the eyes of those who observed its execution. In the provinces, local officials simply falsified the records but this was more difficult to accomplish in the principal cities, where only a minority of those qualified actually voted. The voting was open, so dissent was immediately identified and the turncoat Romano himself oversaw the ballot in Naples, monitored by Piedmontese troops and Garibaldi irregulars. Even those qualified to vote were often semi-literate and lacking in experience of the democratic process. It was sufficient for soldiers simply to invite the electors to vote for annexation, their weapons a visible threat to those who dared demonstrate their loyalty to the Bourbons. Six months later, a former Piedmont Prime Minister remarked that ‘there must have been some mistake about the plebiscite as we have to keep sixty battalions in the south to keep the people down.’

“The British Minister in Naples reported that ‘the corruption which has prevailed in every branch of the administration during [Garibaldi’s] dictatorship has far surpassed anything that was known even in the corrupt times which preceded it.’ Garibaldi cannot be exempted from responsibility for the ‘kleptocrats’ with whom he surrounded himself and whose profiteering he ignored. Alexandre Dumas, for example, the author of a tedious but oft-quoted panegyric to the dictator’s virtues, managed to be appointed curator of the archaeological museum, which he apparently perceived as his own personal reservoir of antiquities. The private fortune of the royal family, some 11 million ducats, the equivalent of about £40 million in today’s money, disappeared within a few days of the occupation of Naples, and soon thereafter, the entire gold reserves, which represented more than 60 per cent of the reserves in all of Italy, were removed by the Savoy government.”

* Quoted from “The Bourbons of Naples in Exile” by Guy Stair Sainty in Monarchy and Exile: The Politics of Legitimacy from Marie de Médicis to Wilhelm II edited by Philip Mansel, Palgrave Macmillan, 2011, p. 258

Photo of the Week: Cupid with Fish

With Carnevale winding down and Shrove Tuesday (Martedí Grasso) coming up, there’s little time left to make the traditional dishes connected with the season before Lent. For some Neapolitans this means sanguinaccio di Carnevale, a rich, delicious pudding made with pigs blood.

Thanks to Danielle Oteri's popular "Sanguinaccio: From Mexico, Naples to Brooklyn" (see Il Regno, March 26, 2014), we've received several inquiries from our readers where they can get the hard to find ingredient necessary to make authentic versions of this "exotic" dish.
Since my friend Patrick is absolutely bonkers about the pudding and makes his own familial version each year, I contacted him and asked where he gets his. Happy to oblige, he swears by Lopes Sausage Co. (304 Walnut Street), a Portuguese butcher shop located in Newark, New Jersey. Established in 1965, Lopes is famous for their chorizo and linguica, but they also sell pasteurized pig's blood for morcilla, a Spanish-style blood sausage. Pat says they offer it by the gallons, but if requested before hand they will sell it in smaller quantities.
For the history of sanguinaccio and Elena Loguercio’s recipe see Sanguinaccio: From Mexico, Naples to Brooklyn.

Photo of the Week: Fresco inside the Castel Nuovo

The Search for our Ancestry (IX)

On-Line Census Searches
By Angelo Coniglio
If you still live in the place where your immigrant ancestors settled, your local public library probably has hard copies of the US Census covering your location.  However, if you live elsewhere, you must search on-line censuses.  I find that even for local information, using on-line searches is easier than using hard copies, which must be searched by town, enumeration district, ward, etc.  On-line venues permit searching by name of the individual, so knowing the street address, or even the city, is not required, to do a broad search over many years of censuses.

https://www.familysearch.org/ is the site maintained by the Mormon church.  It’s free and allows users to order microfilms containing US Federal Census records, as well as a host of other federal, State, local and foreign records.  Many records are now also available there on-line, as images of original documents. The site offers many free on-line lectures and tutorials. Henceforth, I’ll refer to this site as familysearch.org.

Free sites that include information about federal censuses and/or access to records include the US National Archives site at http://www.archives.gov/ which features pages for each decennial census and lists the questions asked on each; and  http://stevemorse.org/census/ which allows searching of the latest census available, that of 1940, in several different ways.

http://www.Ancestry.com is a subscription site which has all the released US Federal Censuses, from 1790 through 1940.  They can be searched by inputting a person’s name.   It offers free two-week trial subscriptions and a variety of monthly or annual subscriptions, depending on the region of interest (US, world, etc.)   Many public libraries, as well as Mormon FamilySearch Centers, allow free access.  In my columns I’ll refer to this site as Ancestry.com.

While searching on-line, many new researchers are frustrated when they can’t find information using an ancestor’s name they ‘know’ to be correct.  Let’s consider the problem.

Misspelling on original records: One of the ways that the Sicilian populace was suppressed, through the early 1900s, was that public education was limited.  Many of the Sicilians of the ‘Great Migration’ to America were illiterate.  That, plus the fact that often American census takers, clerks, and other officials did not speak the immigrants’ language resulted in errors even on official documents.  This can include misspelling by sound: ‘Gelia’ instead of Giglia, etc.

Misspelling by computer transcribers: Even if the name is correct on the original record, indexers unfamiliar with the name may record it in the data base incorrectly.   This can include misspelling by looks: (‘u’ instead of n; ‘j’ for i; ‘i’ for e, and so on.

Switching given names with surnames:  Immigrants often gave their surnames first.  A clerk or transcriber might not know if the name should be ‘Alessi Rosa’ or Rosa Alessi.

Be prepared to look for ancestors using wide variations from the presently accepted names.  If you have no luck on one site, try a different one; the name may be mispelled and indexed incorrectly on one site, but correctly recorded on another.  If you know that a neighbor of your ancestor had a simpler name, try searching for the neighbor.  Your ancestor may be recorded on the same census sheet as the more easily found neighbor.

Coniglio is the author of the book The Lady of the Wheel (La Ruotaia), based on his genealogical research of Sicilian foundlings.  Order the book in paperback or on Kindle at www.bit.ly/racalmuto. Visit his website, www.bit.ly/AFCGen, and write to him at genealogytips@aol.com.

Photo of the Week: The Cloister at Villa Rufolo

Some new and forthcoming titles that may be of interest to our readers. All are available at Amazon.com

• Calabria: The Other Italy by Karen Haid

• Vici Vindiciae: The Vindication of Giambattista Vico: Ingenuity and Laughter by Giorgio A. Pinton

• Inventing the Pizzeria: A History of Pizza Making in Naples by Antonio Mattozzi