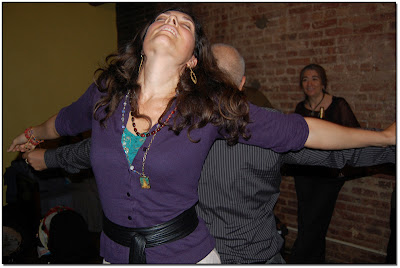 Last night in honor of the Nativity of the Virgin (September 8th), I briefly attended the 8th Annual Black Madonna di Tindari Festival in Manhattan's East Village. It was held at the Phoenix Bar (447 E 13th St.), a former storefront chapel dedicated to the Black Madonna established by Sicilian immigrants at the beginning of the twentieth century.

Sadly, there was no Madonna on display. Apparently the statue is now in a private collection in New Jersey and the organizers were unable to obtain its use for the celebration. I did, however, get to mingle a little with the many interesting guests, have a drink with some friends and enjoy some live pizzica music and dance.

The event started off wonderfully, but unfortunately I was unable to stay long because of a prior engagement I had to keep. I look forward to next year's celebration and giving it the coverage it deserves. 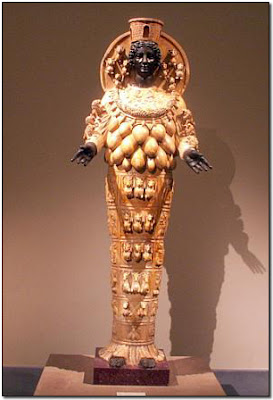 It should be noted there are hundreds of representations (statues and paintings) of the Black Madonna across Europe. She is, of course, depicted with a dark complexion, but not with African features, similar to the Ephesian Artemis in the Naples Archaeological Museum. In fact, some of the more interesting theories about her coloration claim that she sprung from the pre-Christian chthonic goddesses (Cybele, Rhea, Gaia, etc.) or the Egyptian goddess Isis.

For more information on the Black Madonna of East Thirteenth Street please visit nyfolklore.org for a wonderful article by Dr. Joseph Sciorra.


A reader submitted a photo of the Gates of Dawn that she took on vacation in Vilnius, Lithuania. The Chapel of the Black Madonna can be seen on the second floor. 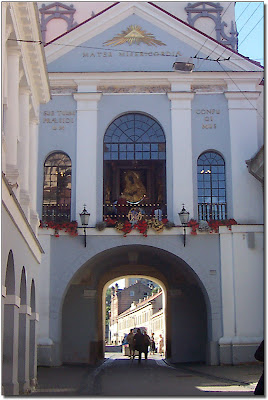 
Better late than never. While researching for my upcoming sketch about Onofrio Avellino I discovered an overlooked photo I took in 2010 of the "Black Madonna of Sorrento" in the Santuario della Madonna del Carmine. The Sorrentine icon "only" dates from the sixteenth century. 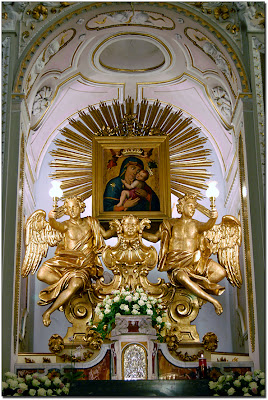