Concert Dedicated to the Brigands of Southern Italy

My friends and I made our way to the Howard Beach Public Library in Queens, New York on Thursday for Si diedero alla macchia ("They went into hiding"), a concert dedicated to the brigands of Southern Italy by Michela Musolino and John T. LaBarbera. Unlike most other events scheduled for Italian Heritage Month, this concert offered a refreshingly critical look at la Bel Paese. Rather than the usual fawning over Italy's national heroes (Garibaldi, Mazzini, Cavour, etc.), the artists sang the praises of the defenders of the Kingdom of the Two Sicilies instead.

Like the troubadours of old, Michela and John told the tragic story of the southern Italian "brigands" and their valiant struggle against the Piedmontese invaders through song and spoken word. Their set included some of my favorite southern Italian standards, such as La Tarantella del Gargano, Fammi Arristari and Siamo Briganti. I especially enjoyed their rendition of Il Sorriso di Michela, Eugenio Bennato's touching ode to Michela De Cesare, the Neapolitan brigantessa who fought and died for her country. 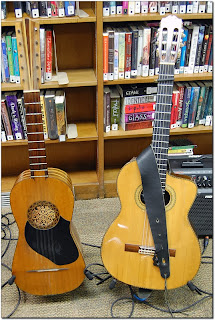 In between songs, the artists painted a vivid picture of the terrible hardships endured by our ancestors during the Risorgimento. Far from glorious, Italian Unification was a calamity for the south. Instead of "liberation" the southerners were oppressed and subjected to repeated injustices and atrocities, including mass deportations under nightmarish conditions to northern gulags like Fenestrelle; the wholesale massacres at Pontelandolfo and Casalduni; and barbaric experiments by unscrupulous criminologist Cesare Lombroso. We also cannot forget the murder of nine-year-old Angelina Romano in Castellammare del Golfo, Trapani, just one example of the so-called enlightenment brought by the invaders.

The duo also exploded the myths of southern backwardness and lawlessness. It was pointed out that the Kingdom of the Two Sicilies was the third most industrially developed country in Europe after England and France. The Regno's wealth was plundered to pay off Piedmont's enormous debts. The South’s burgeoning industries were dismantled to the advantage of their northern counterparts. Additionally, it should be remembered that the Kingdom of the Two Sicilies had the first locomotives, gaslights, iron suspension bridges, electric telegraph, and steamships in Italy. Our ancestors were not the indolent, violent cretins they would have us believe. These negative stereotypes and other fabrications were the result of a propaganda campaign waged by southern Italy’s new overlords, the House of Savoy and their supporters (e.g. Gladstone). 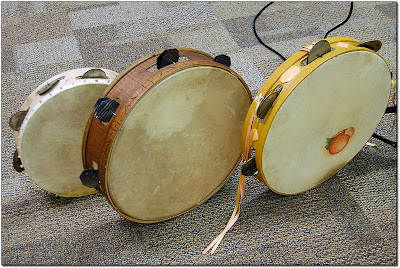 Citing famed author Alexandre Dumas as an example, they pointed out that the victors write history. Talented writers like Dumas were used by the nascent Kingdom of Italy to churn out propaganda to malign the South and justify the conquest.

Aside from his ideological differences, Dumas had a personal grudge against the Kingdom of the Two Sicilies. Years earlier his father Thomas-Alexandre, a general in Napoleon's war machine, was captured and imprisoned. The fact that the Italian Campaigns during the French Revolutionary Wars caused widespread death and destruction to the people of Southern Italy mattered little.

Perhaps the show's most poignant moment was when Michela told us how, when the briganti finally decided that continued resistance was futile, many immigrated to America, and became “us.”

Thanks to events like this, this information is becoming more accessible to Italian Americans. I was pleased to have the opportunity to attend their concert, and grateful for their chosen topic. The music was spectacular and I look forward to seeing them both again.