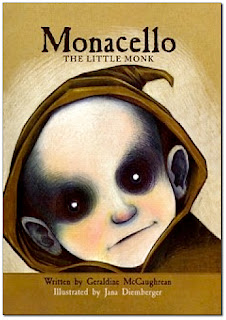 I’ve always been interested in the mythology and folklore of Europe, especially those with a connection to my direct ancestors. In a recent article titled “The ‘Little Monk’ – Exploring 'O Munaciello and His Many Variations” I mentioned children’s author Geraldine McCaughrean. Her book Monacello – The Little Monk, is based on the Neapolitan folk legend Munaciello. In that article I also said, “exploring our ancestral legends for children’s books is a very positive idea and sounds like a lot of fun.”

I thought that Geraldine McCaughrean has done a great job of doing just that, so I decided to look further into some of the other titles that she’s published. I was not disappointed.

In addition to scores of original children’s books, McCaughrean also retells classic stories in children’s format. Many of the titles are connected to the myths and legends of the Greeks and Romans, both of which our ancestors were intimately familiar with. Titles include The Adventures of Odysseus, Persephone and the Pomegranate Seeds, Daedalus and Icarus, and a picture book of Aesop’s fables.

Other retellings of European interest include The Canterbury Tales, Moby Dick, The Questing Knights of the Faerie Queen and, much to my surprise and delight, El Cid. 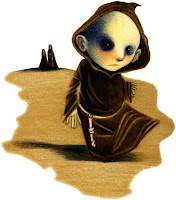 While I’m primarily interested in Ms. McCaughren’s European themes, she’s also told stories from around the world. She’s written Casting the Gods Adrift: A Tale of Ancient Egypt and Gilgamesh the Hero. Also, no serious children’s library should be without her retelling of One Thousand and One Arabian Nights.

Geraldine McCaughren’s books have won dozens of awards in Europe and the United States, including the Carnegie Medal Best Novel winner (1989) for her book A Pack of Lies, and the Parenting Reading Magic Award for Greek Myths (1993). She has written so many good books (over 150) that I couldn’t properly describe them all here, so I suggest visiting her website at www.geraldinemccaughrean.co.uk for a comprehensive list. She’s also written over 50 short plays for schools. 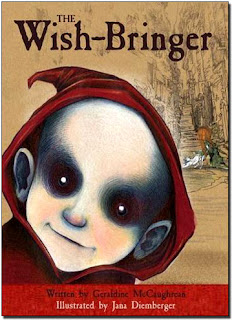 Her recent book, Monacello – The Little Monk, is wonderfully illustrated by Jana Diemberger. While I find the Neapolitan legend a bit more frightening, the complex character of this conflicted spirit, as well as the general flavor of the legend, is retained in McCaughren’s children’s version. I think we are fortunate, not only to have our folklore preserved in this fashion for the next generation, but to have so highly an acclaimed author to thank for it.

Her forthcoming book, The Wish-Bringer, is a sequel to Monacello – The Little Monk and is illustrated by the same artist, and though my childhood is long behind me, I can hardly wait to read about his next adventure in Naples.

(Illustrations by Jana Diemberger from Monacello – The Little Monk)