A Celebration of Genocide

In the present Convention, genocide means any of the following acts committed with intent to destroy, in whole or in part, a national, ethnical, racial or religious group, as such:


Tomorrow will mark the “official” creation of the "nation" of Italy 150 years ago. I must confess that unlike many of my Southern Italian compatriots here in the United States, I shall not be in a celebratory mood. First and foremost because I long ago learned the true history of the so-called Risorgimento (It: “Resurgence”) which brought Italy into being. I learned in my youth there is no such creature as an ethnic Italian, in spite of what the bulk of humanity may otherwise believe.

I learned of the megalomaniacal ambitions of one Vittorio Emanuele II of the Kingdom of Savoy, Piedmont, and Piedmont-Sardinia (the “Prussia of Italy”) to unite the entire Italian peninsula and surrounding islands under the iron-fisted rule of his corrupt family. I learned of the duplicity of Giuseppe Garibaldi in garnering support for his expeditions against the natives of Italy.

I learned of the destruction of my ancestral homeland, the Kingdom of the Two Sicilies, to accomplish this perfidious goal of “unification”. Unification, I might add, that eventually resulted in the emigration of hundreds of thousands of my people in a diaspora that continues down to this day.

What have we to celebrate, I ask you? The armies they sent to conquer and then to crush us robbed, raped and murdered us with impunity and without mercy. The Piedmontese dismantled the factories we had already begun building and shipped them north…or destroyed them outright! They allowed what arable lands remained for the use of the peasantry to be further amassed into huge latifundia, plantation systems around since the Roman Empire (and which Pliny the Elder called “the ruin of Italy”). In terms of human degradation and bondage, the peonage system of these latifundia rivaled anything seen on plantations in the antebellum South of the United States.

After they conquered us, those who didn’t flee to the far corners of the globe were forced to work for slave wages on these plantations, or in the factories built exclusively in the northern part of the new country. Southern Italy was basically reshaped into a huge agricultural colony populated by peons to guarantee a steady flow of cheap food and labor to the cities of the North.

They took our children and put them in schools they built to teach them Italian (a language their conqueror-king never bothered to learn, I might add). Our own native languages (Sicilian, Neapolitan, etc) were relegated to the status of crude dialects, in spite of the great bodies of literature written in them.

Injury (in the form of butchers like Enrico Cialdini and Gaetano Negri) wasn’t enough for them. They had to insult us, as well. They raised “scientists” like Cesare Lombroso, who used the pseudoscience of anthropological criminology to “prove” our inferiority relative to our "Padanian" masters, and therefore justify our continued lower-caste status. Just as the English used the degraded status of the Irish (which the English themselves caused) to justify their misrule over them, so too did “Italians” in the northern part of the country use the same over us, and still do to this day.

When the more intelligent and talented of our kind manifested themselves in whatever fields they endeavored in they were invariably called “Italians” to hide the truth of their ethnicity. Benedetto Croce, Ettore Majorana, Luigi Pirandello and a host of others too great to list here. I have seen this done too many times not to know the reason behind it.

All this smacks of a genocide against our people! To be sure, there will be those who claim the word “genocide” is too strong. I disagree. While our "fellow Italians" in the North may not have physically exterminated us (not from lack of trying), they went to great lengths to destroy our culture, history and spirit as a people. Sadly, to a great degree they were successful.

The great majority of our people who fled overseas were poor and uneducated. In most cases they readily assimilated into the new host populations. Even here, though, the bigotry of our conquerors followed us (in the form of immigrants from northern Italy). These “Italians” never hesitated to poison their hosts against us, for it aided their own attempts at acceptance and assimilation. Thus, it is not at all uncommon in places like America to find people who make a ready distinction between “Northern” and “Southern” Italians.

Some of us have not forgotten our roots, though. Among both our brethren in Italy and in the diaspora are those of us who keep the embers of ethnic identity alive. We wait for the day soon to come when the corruption of Northern industrialists plus the profligate spending of politicos in Rome bankrupts the pseudo-nation of Italy. Our hope is afterwards the embers we have kept burning will coalesce into a bonfire of ethno-nationalist sentiment that will sweep the South and culminate in a free and independent Due Sicilie.

No, my friends, I will not be celebrating tomorrow. I have nothing to celebrate. After all, I am not an Italian. I am a Sicilian. 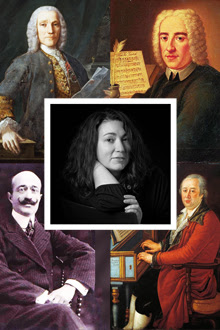 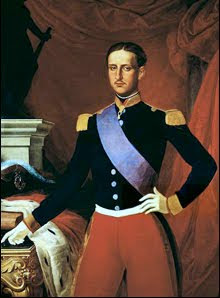