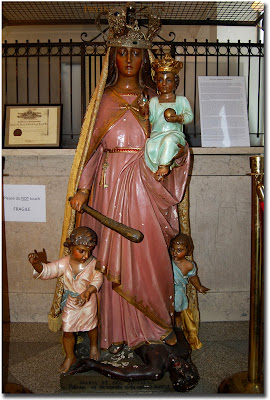 While visiting the Italian American Museum yesterday I stumbled across an amazing statue of the Madonna del Soccorso di Sciacca. Called the Maddona of the club, because she wields a cudgel, it's symbolism is crystal clear: she is the protectress of the innocent. The Devil's "Moorish" features appear to be an allusion to the Christian reconquest of Sicily and the expulsion of the Moslems. I inquired about it's origins and discovered that it was donated by a now defunct Sicilian-American organization. The curator promised to email me more information and I look forward to sharing it with you when I receive it. 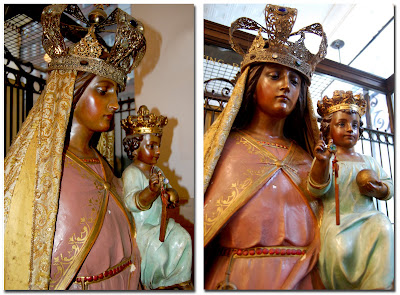 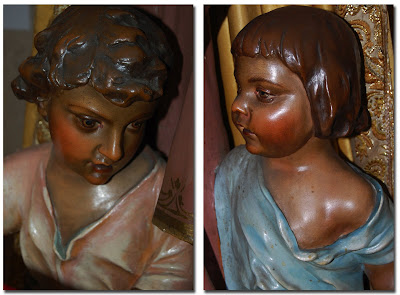 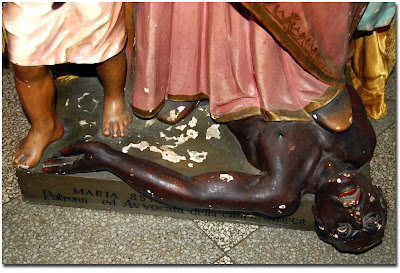