Votive Mass of Our Lady of Prompt Succor in Bayside, Queens 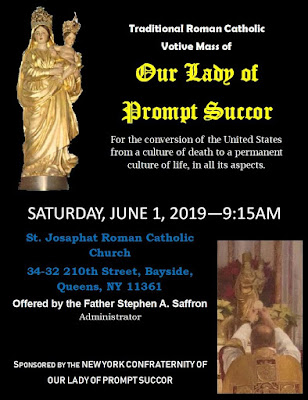 Solemnity of the Ascension of Our Lord Jesus Christ in East Harlem, New York 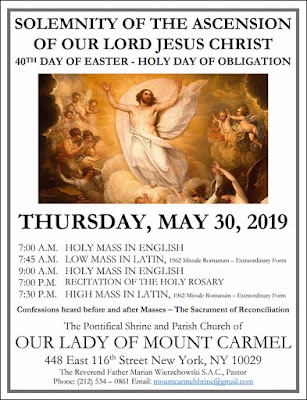 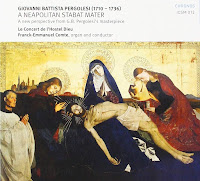 New music that may be of interest to our readers.

Photo of the Week: A View of the Maschio Angioino (Angevin Keep) from the Bay of Naples

Announcing the 144th Annual Feast of Our Lady of Mount Carmel in Hammonton, New Jersey

Procession and Luncheon
SUNDAY, May 19th — A look at the Feast of the Madonna del Sacro Monte at Holy Face Monastery in Clifton, New Jersey. (See part 1, Mass and Procession)

Mass and Procession
SUNDAY, May 19th — A look at the Feast of the Madonna del Sacro Monte at Holy Face Monastery in Clifton, New Jersey. (See part 2, Procession and Luncheon) 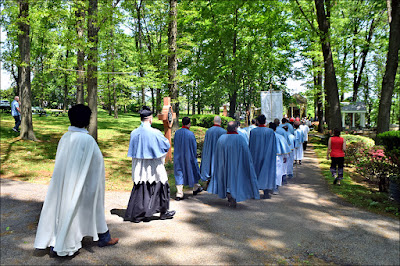 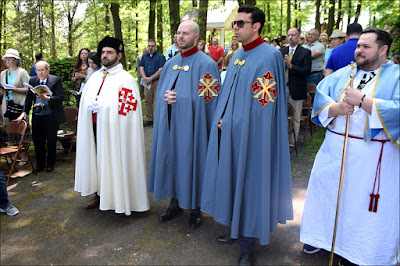 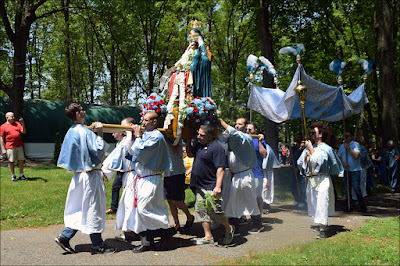 Photo of the Week: The Neapolitan Fisher Boy by Vincenzo Gemito 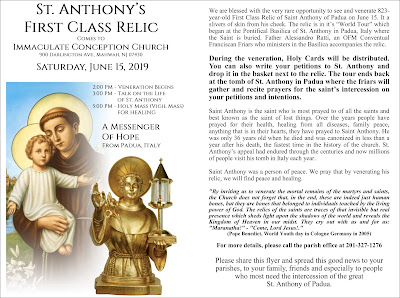 Traditional Latin Mass for the Queenship of the Blessed Virgin Mary in Windsor Terrace, Brooklyn 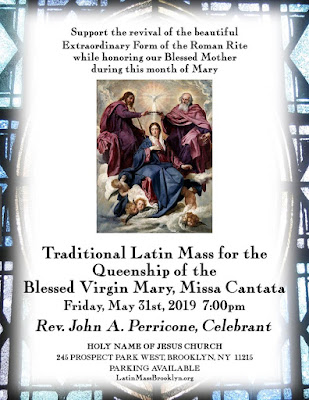 
Additional information is available at www.getty.edu.

May 15th is the Feast Day of San Liberatore, Bishop and Martyr. Widely venerated across southern Italy, he is the principal patron of Ariano Irpino (AV), Torrecuso (BN) and Civitacampomarano (CB), among others. In commemoration, I’m posting a prayer in his honor. The accompanying photo was taken at St. Anthony of Padua Church in Belleville, New Jersey.
Prayer to San Liberatore
God our Father, enable us who honor the memory of San Liberatore, martyr and protector of Ariano Irpino, to share with him in the joy of eternal life, through our Lord Jesus Christ, your Son, who lives and reigns with you in the unity of the Holy Spirit, one God, forever and ever. Amen

Labels: Prayer, Saint of the Day

Photo of the Week: Bronze Bust of Hermes at Axel Munthe's Villa San Michele in Anacapri

A Poem For Mother's Day

In loving memory of my mother I'm posting November 2, a moving poem by the great Neapolitan poet Salvatore Di Giacomo.* The accompanying photo of Charity by Francesco de Mura (1696-1782) was part of a series of Allegories of the Virtues commissioned by Charles Emmanuel III of Savoy. Charity, representing maternal love, is depicted as a nursing mother caring for three children. In the foreground is a pelican feeding her young with her own blood.

When my mother died, I was too stunned
to grieve; at the foot of the bed,
I stared, unseeing, at the drab clad body;
blinding, blunting all living memories.

No, I did not cry, no wail, not a tear,
I imagined her asleep, a halo
of a mother about that worn grey face;
waiting for me to come home, she dozed.

A year now that she is deep in her grave,
in my dreams she appears, her love unslaked,
vanishing, she strands me in a desert.

Suddenly my heart overflows, cascades
with tears, laving these dear remembered walls,
I choke up, tears, tears, are drowning my poem. 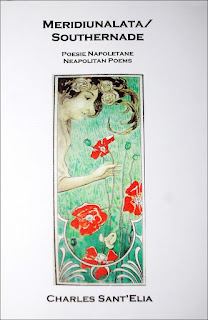 Inspired by Cav. Charles Sant'Elia's Meridiunalata/Southernade,* an evocative bilingual (Neapolitan/English) collection of poetry written between 1989 and 2010, we offer the reader an accessible introduction to vernacular (Neapolitan, Sicilian, et al.) verse with the aim of awakening enthusiasm for contemporary and historical poesia Duosiciliano.

In this installment we're featuring the Neapolitan poetry of Libero Bovio and Charles Sant’Elia.

The Leaves
By Libero Bovio

With the first cold of winter
you’ve become cold,
This hand of yours frozen
trembles in my hand...
But you say nothing to me
and I nothing ask you,
because these hearts know
what they have to know...
You’re like a bird,
you sing a day, ..two..
then, you open your wings and flee
and, farewell, you don’t return..
You’re the March sun…the sun
that shines ..and then disappears
and, exactly like the sea,
you are not faithful!!
Farewell!.. The leaves are falling…
they fall and the wind scatters them..
They were so green
when you were singing!!
Farewell! ..What is your name,
beautiful one that goes away??
You yourself don’t know :
you’re name is... youth!!

The Month of May
By Charles Sant’Elia

* Self-published in 2010, Meridiunalata/Southernade is a treasury of poems gleaned from Cav. Sant'Elia's previous collections (Nchiuso dint''o presente, 'A cuntrora, and 'O pino e l'éllera), which were circulated among friends in New York City and Naples. Special thanks to Cav. Sant'Elia for allowing us to reprint his poetry and translations.

New Book — The Heroine of Gaeta: Queen Maria Sophia of the Two Sicilies 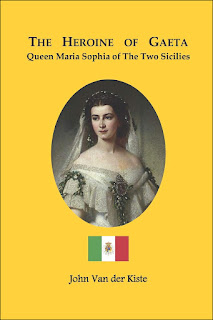 New title that may be of interest to our readers. Available at Amazon

• The Heroine of Gaeta: Queen Maria Sophia of the Two Sicilies by John Van der Kiste

Listing does not imply any endorsement