Photo of the Week: Ruins of the Temple of Hera and Poseidon at Paestum

Around the Web: Blessed Angelo of Acri

Reprinted from Tradition in Action
By Prof. Plinio Corrêa de Oliveira
Angelo, who would be the great apostle of South Italy, was born in 1669 in Acri, Calabria. He was the son of a manual worker. He entered the Capuchins and was a missionary for 40 years until his death in 1739.
His sermons attracted thousands and the number of conversions he worked was impressive. He received a special grace to combat the evil of the errors of the philosophy of that century. His first sermon was supposed to be preached in Lent, and Angelo spent much time studying and preparing for it, planning its delivery in the florid oratorical style fashionable at the time. When he mounted the pulpit to give it, he forgot the text completely. It was a complete failure. Continue reading

Our Lady of the Snow Fundraiser for St. Clare Home for Women in Brooklyn, New York 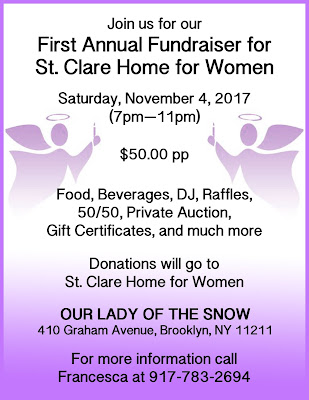 Traditional Latin Mass for the Feast of All Souls at Our Lady of Mt. Carmel in East Harlem, New York 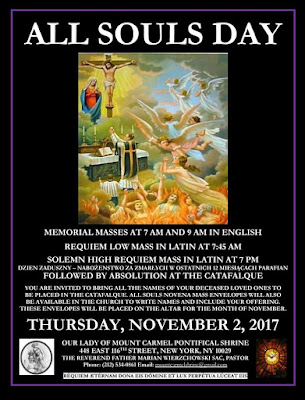 Traditional Latin Mass for the Feast of All Saints at Our Lady of Mt. Carmel in East Harlem, New York 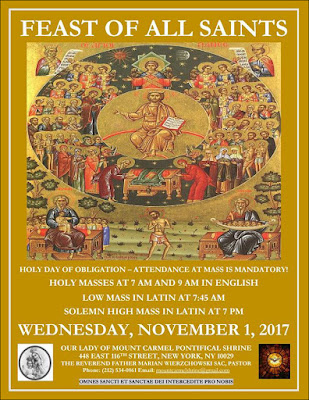 As an unabashed Napoliphile, it was a tremendous honor to be counted among the Associazione Amici di Totò’s “New York Hall of Fame,” a tribute recognizing individuals who promote Neapolitan culture in New York City. In complete accord with fellow recipient Dr. Joseph Scelsa, our endeavors are a labor of love undertaken out of a sense of duty, not for any reward or glory. However, while we don’t do it for the accolades it is still nice to know members of our community appreciate our efforts.

Held on Monday, October 23rd, at the Italian American Museum in New York City’s historic Little Italy, the first edition of this terrific initiative—organized in conjunction with the Comitati Due Sicilie USA—kicked off with the screening of three movie trailers and five short films by some very talented Neapolitan writers and directors. Among these was Michelangelo Basso’s fascinating Capuzzelle, a short story based on Antonio De Curtis’ (Totò’s) poem ‘A Livella and shot in Naples’ famous Fontanelle Cemetery.
After a short intermission, guests mingled, discussed the films, and enjoyed some lite fare and vino, courtesy of the museum. The festivities resumed with the awards ceremony and brief thank-you speeches. As an added bonus, the Comitati honored Dr. Joseph Scelsa, Vincenzo de Sio and yours truly with certificates for our commitment and passion for southern Italy.
Congratulations to my fellow honorees: Dr. Joseph Scelsa; Sonia Palmieri; Claudia Romano; Luigi and Antonietta Peluso; Dennis Loiacono; Era Makoci; Michele Pilla; Mngucc Del Core; Luigi Liberti; Michelangelo Basso; my dear friend Marcantonio Pezzano; and my Constantinian brethren, Cav. Charles Sant’Elia. I am humbled to be among such wonderful company.
Thank you President Alberto De Marco, Vincenzo De Sio and all the members of the Associazione Amici di Totò for you hard work and dedication to Neapolitan culture, film, and the memory and legacy of the great Totò. We look forward to the Association’s exciting new projects showcasing the vast talent and imagination of Neapolitan cinema.

Traditional Latin High Mass for the Feast of Christ the King at Our Lady of Mt. Carmel, East Harlem 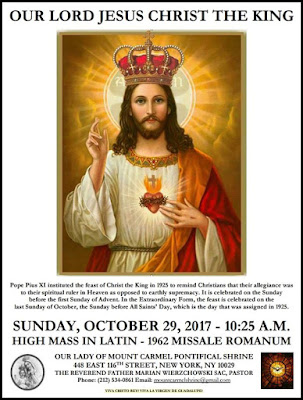 Photo of the Week: Ruins of the Temple of Athena at Paestum

I’m honored to have been published in the Fall 2017 issue of Ambassador Magazine (Vol. 29, No. 1), the official organ of the National Italian American Foundation (NIAF). My brief profile of HRH Princess Beatrice of Bourbon Two Sicilies, this year’s recipient of NIAF’s Special Achievement Award in Philanthropy, joins the triannual publication’s many fascinating features spotlighting Sicily and southern Italy, including an interview with Stephan Talty, author of The Black Hand: The Epic War Between a Brilliant Detective and the Deadliest Secret Society in American History, and our friend Karen Haid’s In His Blood, a look at Francis Marion Crawford and the coastal Calabrian town that inspired his vampiric tale, For the Blood is the Life. Thank you NIAF for publishing my article and promoting our Duesiciliano culture and heritage!
http://www.niaf.org/memberships/ambassador-magazine/ 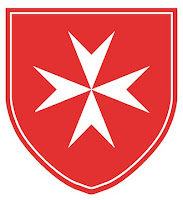 After missing last month’s Auxiliary Malta Walk for the Feast of San Gennaro, it felt good to be back with our friends from the Knights of Malta and help distribute food to the homeless. Meeting every third Tuesday of the month (@7:30pm) at the Basilica of St. Patrick’s Old Cathedral parish house (263 Mulberry Street), members of the Order's Auxiliary and friends prepare and hand out food in the surrounding neighborhoods. Led by the incomparable Francesca Tempesta, DM, our little, but spirited, group distributed 70 bags of ready-to-eat food (sandwiches, fruit, etc.) and toiletries (toothbrushes, mouthwash, etc.).
Anyone interested in supporting this noble endeavor can contact the Order of Malta Auxiliary at nycaux@orderofmaltaamerica.org or call 917-566-3937. For additional information, the Order can be found on Facebook at facebook.com/maltaauxiliarynyc.
God Bless Francesca, the Order of Malta Auxiliary, and Msgr. Sakano for organizing the monthly walk, their hard work and generosity are truly inspiring. I am deeply honored to serve with such an outstanding group of people and excited to do my part and contribute in any way I can to this worthy initiative.
Also see:
• Auxiliary Malta Walks in NYC, July 2017
• Supporting the "Malta Walks" Street Ministry

A Look at the 118th Annual Feast of Saint Gerard Maiella in Newark, New Jersey