La Vigilia and Other Christmas Traditions

By Giovanni di Napoli
Like many Neapolitan Americans, my family keeps the tradition of La Vigilia di Natale, the southern Italian ritual of eating seafood and eschewing meat on Christmas Eve. Despite regular and varied claims to authenticity, I believe the so-called Festa dei sette pesci, or the Feast of the Seven Fishes, is a recent fabrication. Though more lavish then in the past, according to our matriarchs there were never a set number of dishes served. We simply ate what we could afford, and what was fresh and available.

Today, we normally have shrimp, calamari (squid), clams, mussels and scungilli (whelk), which all can be prepared in a variety of ways. Capitone fritto alla napoletana (fried eel) is usually the main course, but this year we had aragosta (lobster), ricci di mare (sea urchin) and baccalà (salt cod).
As always, the ladies outdid themselves and treated us to another memorable dinner.
Following the fish bonanza was another southern Italian specialty: panzerotti, delicious crescent-shaped deep fried dough filled with ricotta, mozzarella and tomato or scallion and olives.
Next came fruit, roasted chestnuts, caffè and an assortment of delicious sweets, including cartellate and struffoli, the quintessential Neapolitan Christmas dessert that will satisfy the most stubborn sweet tooth. There is no panettone in my house.
The vigil, of course, is not just about food, it's also about family and faith.
After dinner we played games (tombola) with the kids and attended Midnight Mass in Dyker Heights, Brooklyn. Afterward, we walked through the neighborhood to see the spectacular Christmas decorations. My family has been doing this for as long as I can remember, though originally it was in East New York, Brooklyn, where my maternal grand- and great-grandparents were from. 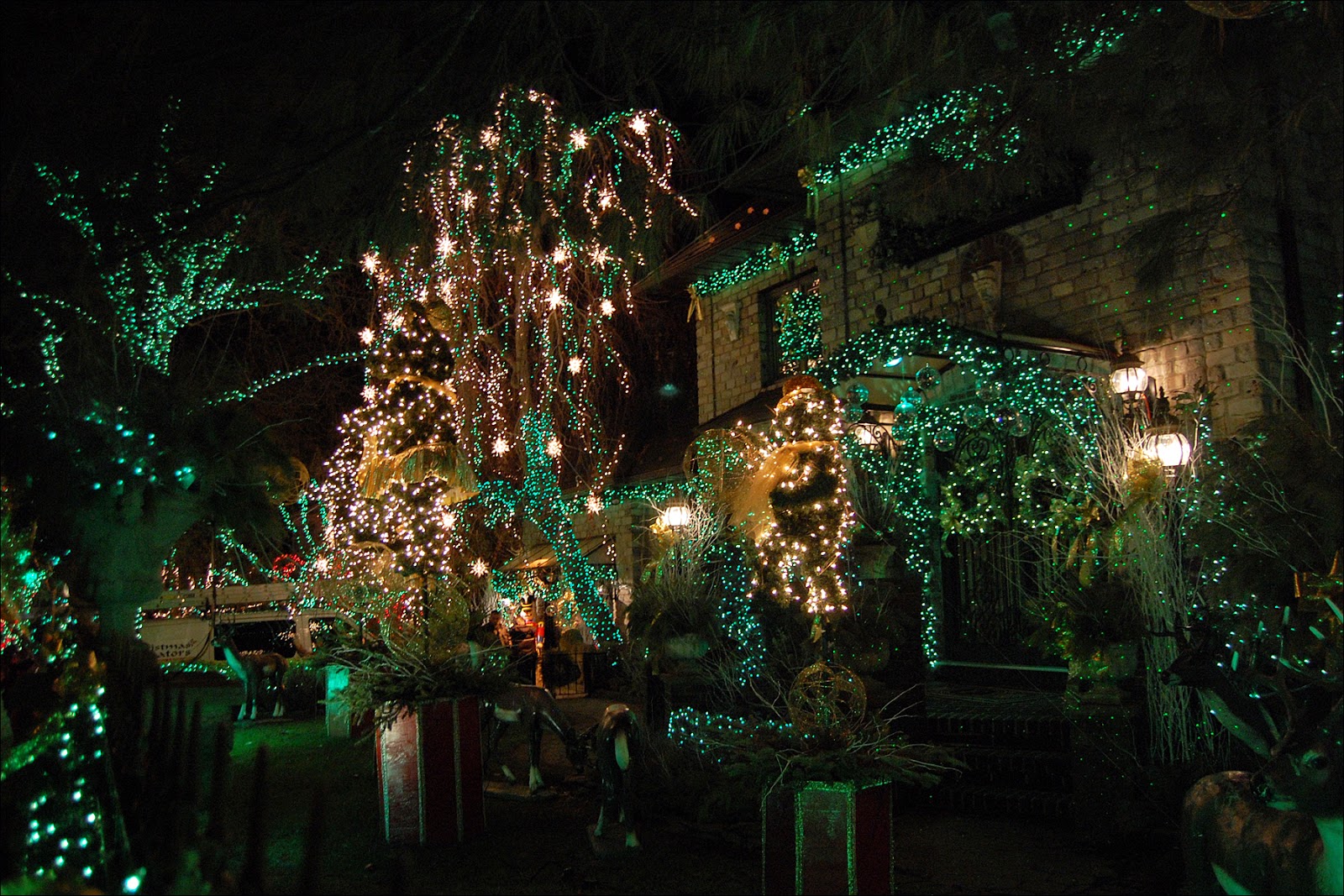 Christmas morning we exchanged presents, made the rounds and visited family and friends until dinnertime. No less extravagant than the Eve, Christmas dinner was a culinary tour de force with plenty of hot and cold antipasti, insalata, pizza, baked manicotti and a American-style Christmas ham. Fruit, dessert and caffè complete the meal.
Not quite finished yet, December 26th is the Feast of Saint Stephen, or Saint Stephen's Day. In honor of Santo Stefano, the first martyr, we usually celebrate with torrone, a sticky nougat candy made from honey, nuts and egg whites that dates back to Roman times. I like mine with a glass of Strega. Buon Natale!
Amended 2014