No shame in loss 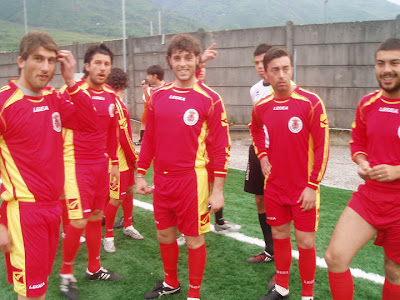 No one likes losing, especially in a derby. But there is no shame in losing to a quality side like Padania. The Northern Italians are after-all two-time defending Viva Word Cup champions (Campione del Mondo NF-Board) and strong favorites to win the tournament again this year. With their 2-0 victory over the Nazionale Calcio Regno Due Sicilie (representing Southern Italy) the Biancoverdi earned a spot in the finals against the winner of the Occitan-Kurdistan match.

Newcomers to the competition, Due Sicilie performed admirably. The Giallorossi played well and created chances but they just couldn't get one past the keeper. The Southerners kept a clean sheet in the first half and conceded a goal in the 63rd minute against the flow of play. Padania doubled their advantage in the 88th minute, striking on a counter as Due Sicilie pushed forward to score an equalizer.

Winning the match may have been a little too much to hope for, but it's always nice to dream. It would have been a true "Cinderella Story" for us to win the competition. Due Sicilie will play the loser of the Occitan-Kurdistan match tomorrow (June 5, 2010) for third place.

The tournament provided wonderful experience for our team and is a great foundation to build on. The lads represented us well. I salute their efforts and proudly declare my allegiance to our true national team. 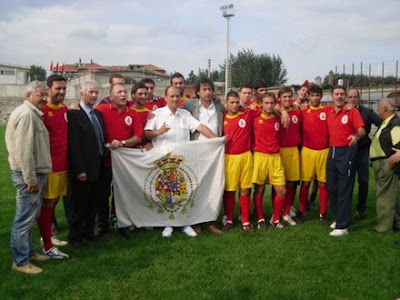 Due Sicilie lost their consolation match for third place against Occitan 2-0.

Padania defeated Kurdistan 1-0 in the finals, defending their title and winning the championship for an impressive third consecutive time.

The derby between North and South was such a success that there is talk of making the contest between Due Sicilie and Padania an annual event. I for one welcome such an initiative and look forward to the rematch. Forza Due Sicilie!