Around the Web: Italian Church And School Closed in Chicago: Santa Lucia In Armour Square Is No More 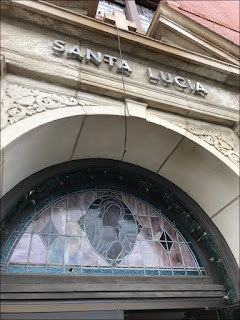 Reprinted from italianenclaves.com
Santa Lucia school and parish in Chicago’s Bridgeport/ Armour Square neighborhood just closed their doors for good. The school, which was opened in 1961, was built to support the burgeoning number of second, third and fourth generation Italian Americans who belonged to the parish and lived in the local community. The school and church were founded by the Scalabrini Brothers but the Sisters of Notre Dame staffed the school. The parish was started in 1943 as an extension to the Santa Maria Incoronata Parish which still exists in the neighborhood considered Chinatown. Continue reading