"Anti-Italianism" Documentary at the IAM 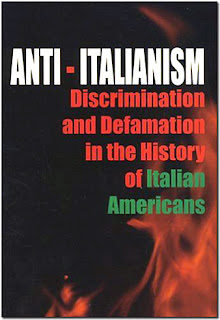 Anti-Italianism: Discrimination and Defamation in the History of Italian Americans is a 30-minute documentary filmed at an international conference held at Seton Hall University.  Featuring actors Joe Piscopo and Tony LoBianco along with many scholars, writers, politicians and community leaders, the documentary introduces the American public to the discrimination faced by early Italian immigrants (which included gang violence and lynchings), and to the social and psychological impact that the stereotyping of Italian Americans still has today, especially on young people.

PLEASE RESERVE EARLY
To reserve a place for this event, please call the Italian American Museum at (212) 965-9000 or email: ItalianAmericanMuseum@gmail.com